About Siegner and Company

A Story of Commitment to the Commercial Painting Industry 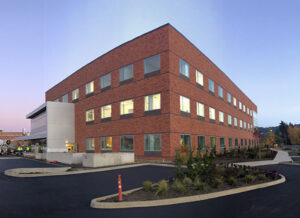 Today, Ian Siegner, Dave and Maureen’s son, owns Siegner and Company. Learning from his parents’ success in the commercial painting business, Ian continues the legacy of superior customer satisfaction and a history of excellence in commercial painting. In addition, Ian focuses on product innovations and maximum use of new technology. This emphasis enables Siegner and Company to plan for the future progressively.

Family history sets Siegner and Company apart as one of Oregon’s most successful commercial painting and wallcovering contractors. 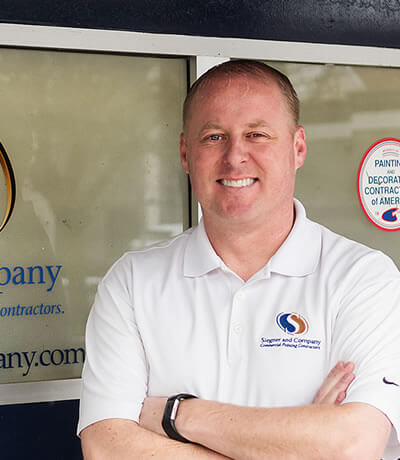 As a teenager, Ian experienced his version of a painting apprenticeship with the helpful guidance of his father and patient field staff. Like most family-owned businesses, you must learn the trade and help out in any way possible. As a teenager, Ian performed almost every entry-level task in the painting business. Ian also gained significant knowledge by working in paint stores during school breaks.

Ian completed a bachelor’s degree in Environmental Sciences at the University of Oregon.  Armed with a new perspective on business and technology, Ian returned to the family commercial painting business and began making changes in estimating, project management, and field operations aimed at reducing time, as well as ecological dependence for paper and fuel.  In 2008, the estimating department eliminated using paper bid documents for all estimating.  In 2016, the office operations moved to cloud servers for storage of documents and information to reduce dependence on paper.

When Ian purchased the business from his parents, he maintained the trust and stability of the business and the commitment to customers and employees.  He sought out new opportunities to develop a vision and long-term goals.  Ian brings a next-generation style of ingenuity and excellence to the future of Siegner and Company Commercial Painting.

“People never cease to amaze me with how much they will try and support their co-workers and me at Siegner and Company. We are blessed to have such a wonderful group of apprentices, painters, supervisors, project managers, estimators, and leaders!!! I look forward to watching this company grow to benefit all involved. We are Siegner AND Company.”